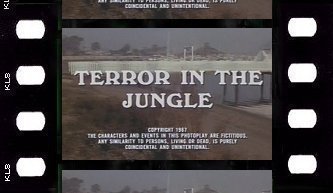 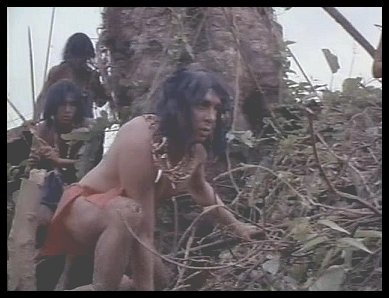 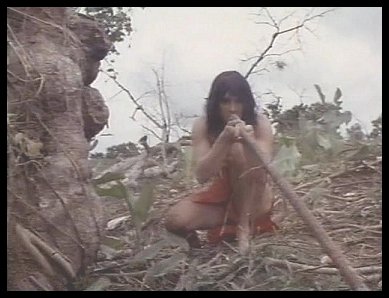 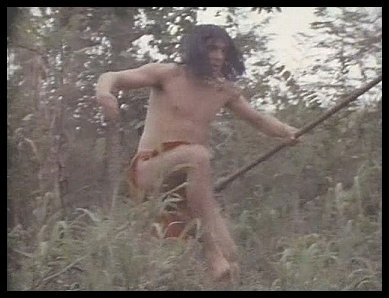 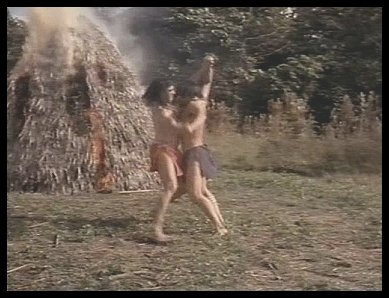 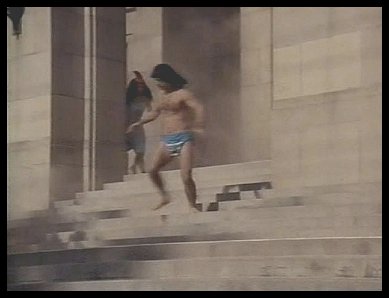 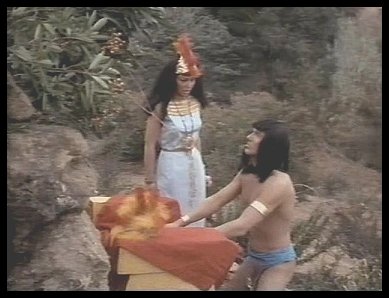 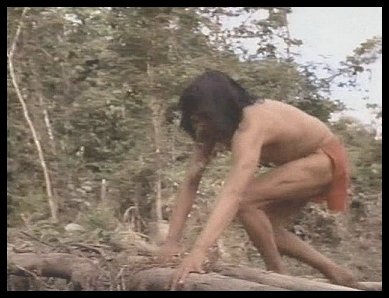 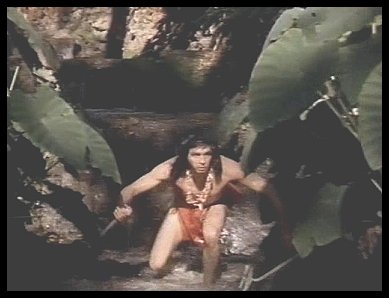 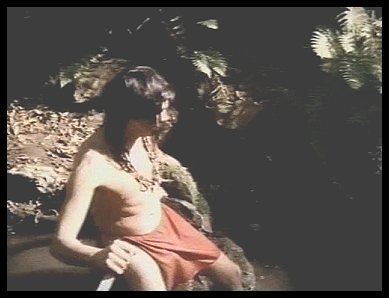 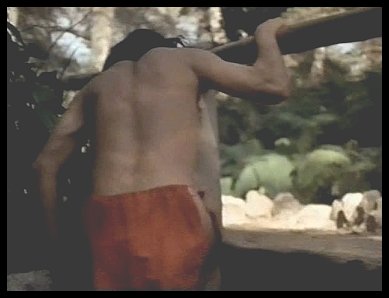 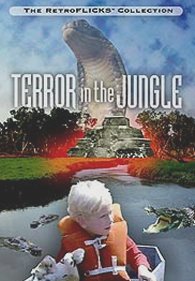 This lurid film was made in Peru by three directors but the film is credited to Tom DeSimone, who is perhaps best known for his adult features. He also directed the 1981 teen horror film "Hell Night" starring Linda Blair

A scene on a doomed plane features a pop group (three middle-aged men in wigs), and a dead nun who falls out of a coffin and lands on a stewardess! (Other ludicrous scenes include Jivaro Indians dancing around a Mayan temple, and white missionaries talking to the local natives using such jungle-jive as "racky shooky shocky shooky".)

The last name of the boy who becomes lost in the Amazon jungle as the result of a plane crash is Clayton ... which was also the last name attributed to Tarzan.

In the finale, a stuffed toy tiger turns into a real tiger and kills an Indian.