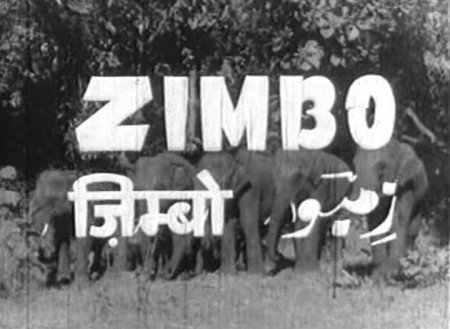 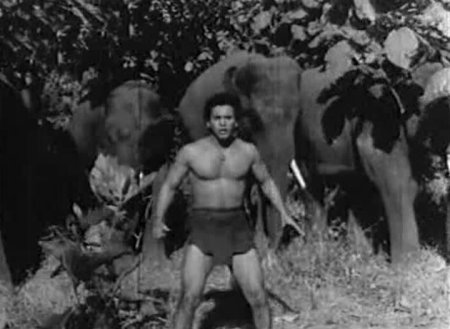 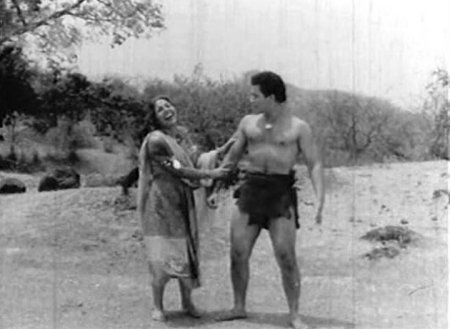 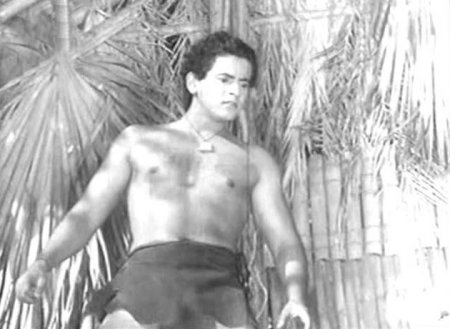 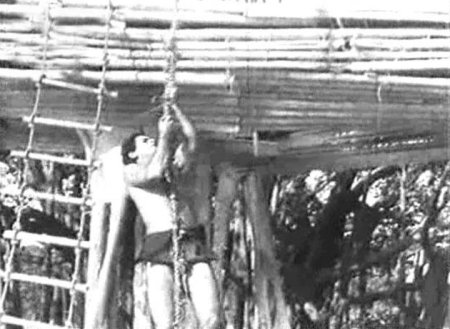 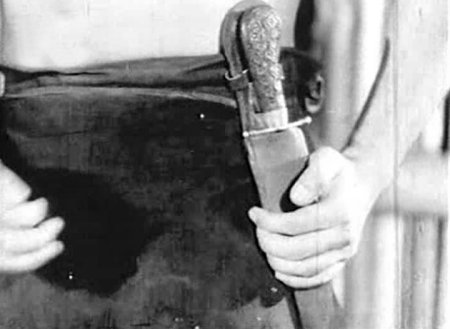 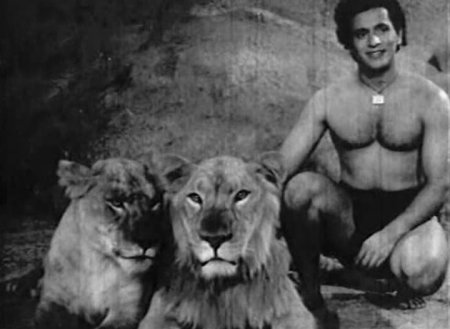 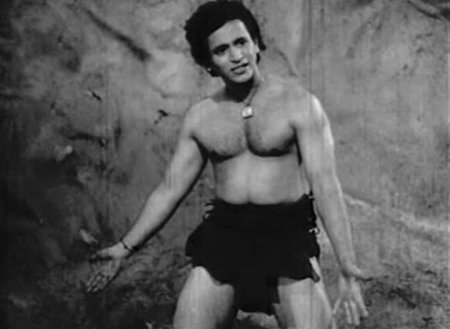 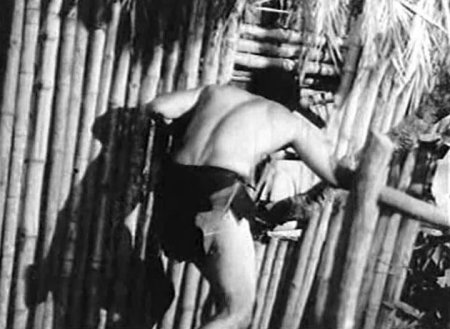 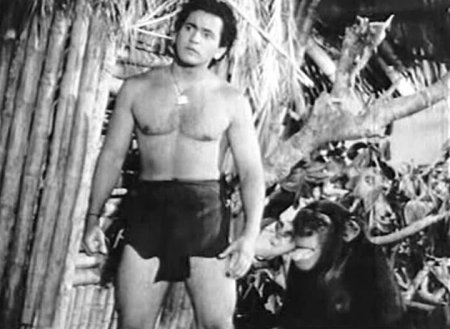 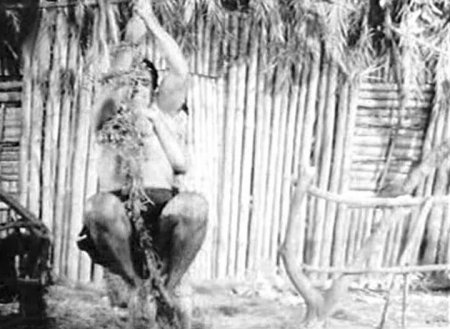 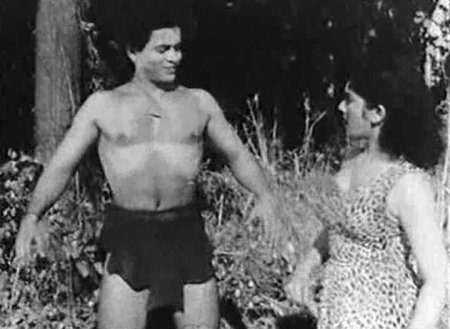 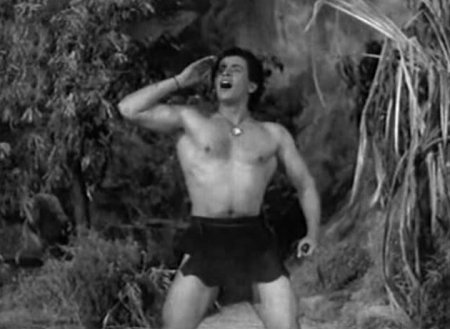 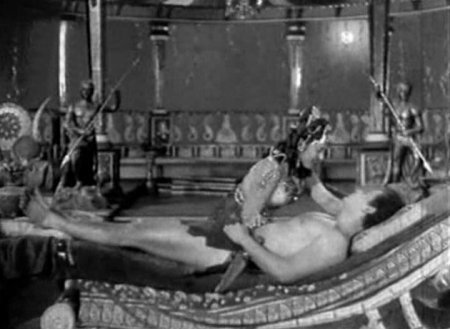 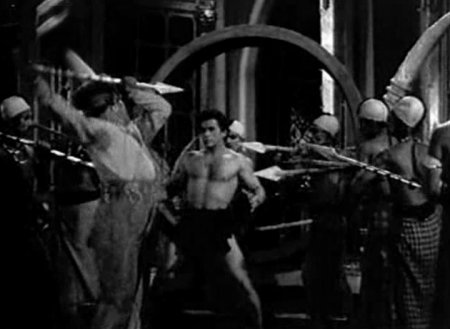 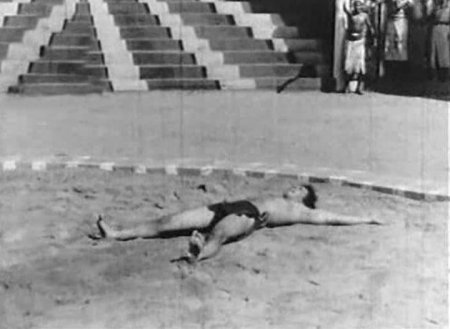 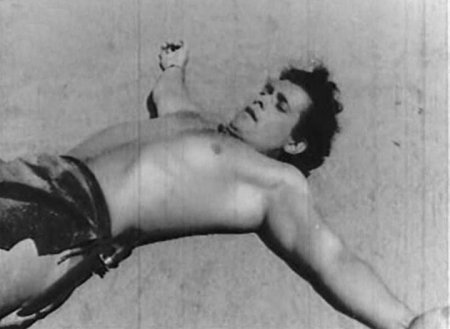 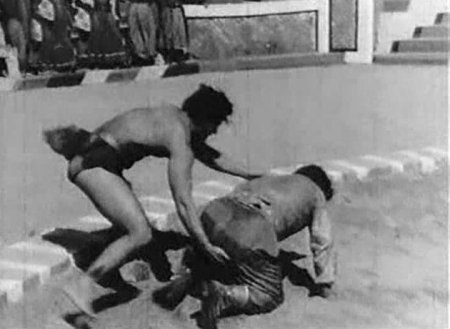 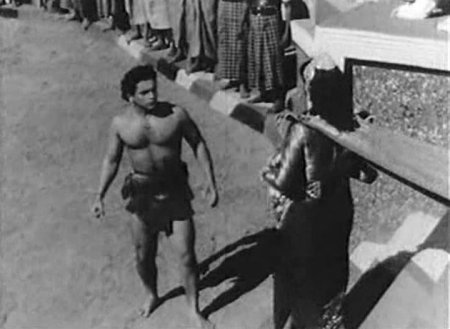 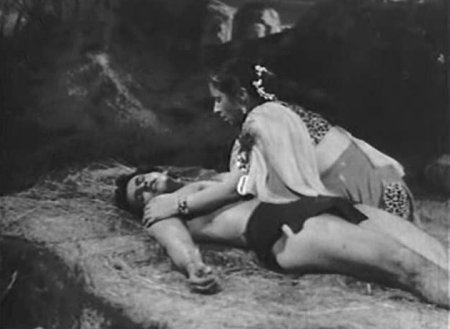 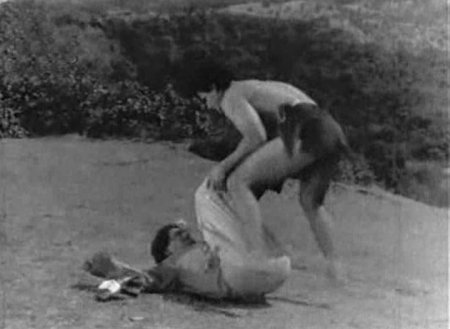 
In a story very similiar to Tarzan of the Apes, a professor goes to the jungle with his wife and young son to carry out experiments and discovers a formula to prevent aging. He is later attacked by lion and killed. His wife goes mad and the son goes missing. Flash ahead 17 years, the professor's brother arrives with his daughter to search for the missing boy who has been raised by apes and grown into the mighty Zimbo. Toss in Dada the chimpanzee and some villians wanting the anti aging formula and Zimbo is soon city bound.